True or False:
Cancer research is aimed at finding ways to prevent cancer.

FALSE! It has been known for a long time that cancer is highly preventable, but you will not be hearing this on the evening news tonight. Rather, you will be hearing about the latest treatment, drug or screening procedure. The cancer industry would like us to believe that cancer is such an inevitable part of life that the best we can hope for is early detection and good drugs. Finding your cancer early, they claim, increases your chances of survival. Not only is this not supported by the evidence, but it assumes all you can do about cancer is to wait until you have it! In response to the public’s increasing interest in disease prevention, the cancer industry has not changed the focus of their research, but instead has attempted to blur the distinction between detection and prevention, calling some of their screening procedures “preventative”. In a system where only sickness is rewarded, the cancer industry obviously does not benefit when cancer is prevented. It benefits greatly, however, when cancer is detected early. Early detection allows them to pad their “survivor” statistics and gives them more time during which to sell their life-depleting therapies to cancer patients. While individuals working within the cancer establishment may naïvely believe that they are doing good work, the truth of the matter is that no industry works to put itself out of business. Even insiders admit that the cancer establishment is indifferent or hostile to the idea of preventing cancer.

True or False:
More people are dying of cancer now than before the “war on cancer” began in 1970.

TRUE! Let us only hope that the war on “terrorism” is more successful than the war on cancer has been! The government’s efforts to curtail the scourges of civilization have a history of unqualified failure, and cancer is no exception. In 1962, 8 years before the research labs officially began their all-out assault on cancer, 1 in 20 people contracted cancer. By 1992, that number had climbed to 1 in 8, and shows no signs of abating. Statistically, cancer now claims another life every second. Even Dr. Linus Pauling, famous scientist and double Nobel Laureate, declared: ‘Everyone should know that the “War on Cancer” is, largely, a fraud.”

True or False:
Cancer is not understood by medical science.

TRUE! You will hear doctors saying that “nobody” understands what causes cancer. When they say that, what they really mean is that they don’t understand it. Let it hereby be known that the causes of cancer are not mysterious! Cancer is the end result of a long disease process. It works like this: our bloodstreams are perpetually polluted with wrong foods, medicines, toxic substances, chemicals, vaccines, fake vitamin supplements and the like. Our bodies do their best to rid us of these poisons but tissues that are constantly exposed to them get irritated and inflamed, then ulcerated, and finally indurated (hardened). Affected cells form tumors with hardened walls that serve to quarantine toxins and keep them out of the bloodstream. The tissues that make up and surround tumors lack sufficient blood flow so cells are denied proper oxygen supply. Consequently, they transform into the type of cell that can live in an oxygen-deprived environment. These cells replicate and thus cancer is born, slow-growing and fast-growing. Tumors are part of the body’s effort to protect itself against our hazardous lifestyle choices. To prevent or reverse cancer, all one needs to do is stop ingesting toxins in all their various forms, including drugs and remedies. If you have a proper understanding of what cancer is, you can see immediately that taking drugs, radiating the body, cutting parts away from the body, etc., are the worst possible things you can do. The fact that the medical industry still performs these procedures on very sick people with the idea that doing so will effect healing is evidence that they do not have even the most basic understanding of cancer.

True or False:
Cancer cells are “fed” by sugar, so if you have cancer you should avoid eating all simple sugars.

FALSE! This is the latest blind alley of the cancer research establishment, mainstream and “alternative” alike. It plays to our desire to combine two well-acknowledged villains, sugar and cancer. In truth, sugar in all its processed forms is an extremely unhealthy substance. Sugars like those contained in raw, whole, unprocessed fruit, however, are the primary food of humankind! But because some scientist in the early part of the last century managed to get cancer cells to grow in a Petri dish by introducing sugar, there are actually cancer patients today avoiding the one food that would bring them the most benefit: FRUIT. The idea that the body should be deprived of natural sugar because it makes cancer cells grow is based on the same faulty logic that brought us the notion that chemotherapy kills only cancer cells. Sugar is our fuel. Everything we eat must be converted to sugar before it can be utilized by our bodies. Naturally, it causes ALL cells to grow. Whole ripe fruits should form the foundation of all healthy diets, including those aimed at preventing or reversing cancer. In case that fact comes as a surprise to you, consider that humans share all the same physical attributes that cause scientists to categorize our closest primate relatives as frugivores – fruit eaters. It logically follows, therefore, that we too are frugivores! An objective analysis of human anatomical features compared to those of carnivores, granivores (grain eaters) and even omnivores yields unassailable evidence that humans do not belong in any of those categories. Like all other species on this planet, we should use our senses to determine what our natural foods are. And no food in its raw, unadulterated state can rival fruit for sheer appeal to the human senses, without even considering what we know about it nutritionally.

True or False:
If you get cancer, the best treatment approach is “complementary medicine”, which incorporates natural and conventional medicine.

FALSE! The concept of complementary medicine is a gimmick designed to serve both the alternative and mainstream medical industries. It benefits the former by bringing them into the fold of respectability formerly occupied only by allopathic medicine. And, conventional medicine needs a way to bridge the gap between itself and alternative medicine to satisfy a growing demand for natural “cures”. The only group that is not served by the merging of alternative and allopathic is us, the doctor-visiting public. That’s because ALL therapies, alternative or otherwise, are aimed at suppressing symptoms, not removing cause. Removal of cause is the only real cure. Using medicines to stop symptoms is a dangerous and foolhardy way to approach disease as it guarantees future illness, unless the original causative factors are removed.

WHY LIVE IN FEAR?

When people are asked to name their greatest fears, cancer always shows up on the list. Perhaps more than the disease itself, we fear the treatments that cancer patients are subjected to. Everyone knows somebody who has been through the torture of chemotherapy and radiation. Again and again, when oncologists (cancer doctors) are surveyed about how they would treat themselves or their loved ones in the event of cancer, 65% or more say they would not employ chemotherapy.

In my family, heart disease and diabetes are prevalent. To my knowledge, cancer has only taken one member of my extended family so far. Yet it was cancer that I feared and thought about everyday. I dutifully carried out all the routine examinations that are intended to detect it. A clean bill of health would give me peace of mind for a month or two, then of course the fear would return. When I made radical changes to my lifestyle and started to learn about the real causes of disease in the human body, I found a freedom I hadn’t anticipated. It may sound like sacrilege, but I no longer perform or participate in cancer screening procedures. Cancer simply cannot be created in a body that is provided all the requisites of good health. Every single person who is willing to make the lifestyle changes necessary to build health can be as confident as I am that s/he will never be afflicted with cancer. If you doubt this, you have some UN-learning to do, as you have been programmed by the cancer establishment.

Since cancer is everywhere, it might be hard to believe that it is actually a very difficult disease to create. It takes years of sustained abuse of the body to create the conditions in which cancer thrives. Cancer is common because almost everyone in our culture makes the egregious lifestyle mistakes that are necessary to create it. We even foist our mistakes on our children, vaccinating, medicating, and feeding them junk, which explains why childhood cancer is keeping pace with adult incidence rates.

is that there is a lot more information available nowadays about how to avoid making those mistakes. All living organisms are born with an innate knowledge about what conditions create health. Although we modern humans have lost touch with that knowledge, all it takes to regain it is a little instruction. The joy of living without the fear of cancer is something we can all experience once we know what do to and put that knowledge into practice. 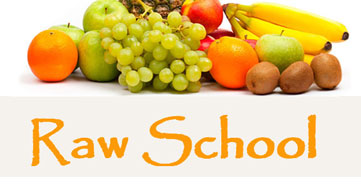